Named for the Japanese geologist who discovered the first specimens in 1944, Ken-ichi Sugi. The location of this first discovery was the Iwagi Islet in Southwestern Japan. The original Japanese materials were just tiny, yellow crystals with no gem value. In 1955 some dark pink crystals were found in India's Central Province that were also identified as Sugilite. However, they were not of gem value either.

More recently in 1975, the only known deposit of gem grade sugilite. Was found in the Wessel Mine in the Kalahari Desert. Near Hotazel in Kuruman, Republic of South Africa. This area is known as the Kuruman Manganese Field. At first it was thought to be a very small deposit. But later found to be a commercial sized deposit estimated to contain as much as ten to twenty tons. However, the deposit is 3,200 feet below the surface. Due to the difficulty of removing it from such a great depth. Sugilite commands a high price for an opaque gem material. From $15-$25ct. For nice deep purple stones. While almost all of it is opaque, a very tiny percentage, maybe 1/10 of 1% is translucent. Needless to say, this translucent, "Sugilite Gel" is extremely rare, expensive and highly prized. 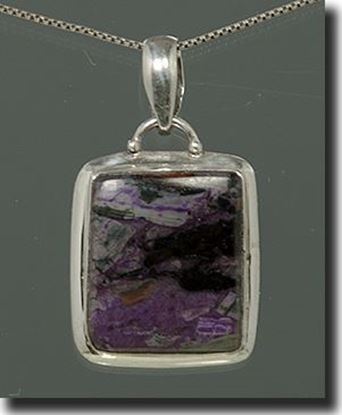 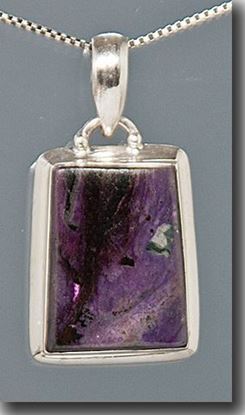