Ocean Jasper is mined at the Mine of Marovato, on the Ambolobozo Peninsula in the the north west corner of Madagascar. The deposit can only be reached by boat during low tide. Ocean Jasper is an agate by the standard definition. However the mine owner, Paul Obenich of Madagascar Minerals, decided to call the material a jasper. Because orbicular patterns have long been associated with the jasper category. Some of these so called jasper's include, silica rich Rhyolites, such as Rain Forest Jasper from Australia, Leopard Skin Jasper from Mexico and Poppy Jasper's from California. Orbicular, meaning there are small orbs throughout the material. When the material is sliced, cutting across the orbs, produces concentric rings of color. Greens, whites and tan seem to be the most common colors. But many stones also have pinks, yellows and oranges. It's called Ocean Jasper because the deposit is part of the coastline. 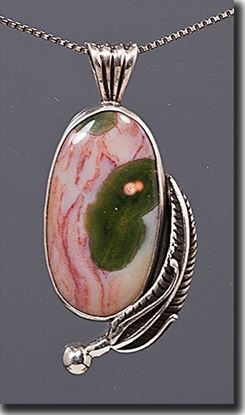 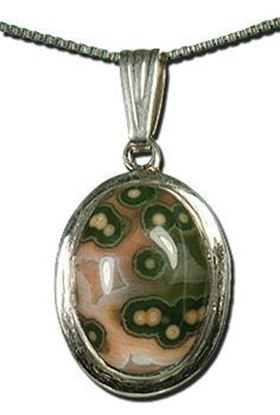 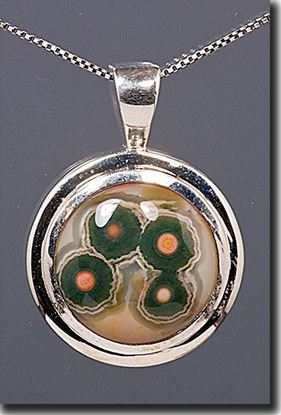 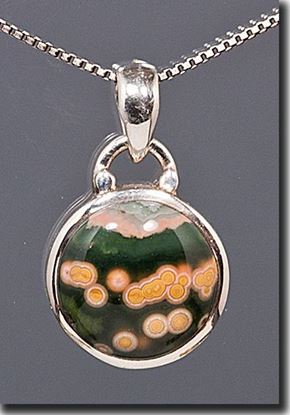 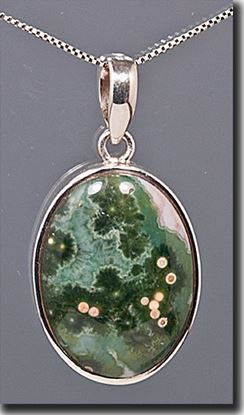 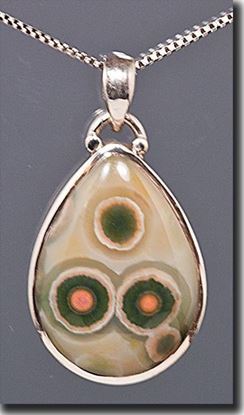